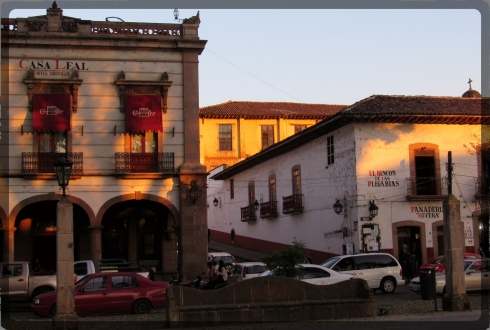 YOU MAY have noticed that there is a new banner photo at the top of The Moon. Here’s the entire shot.

For a few years there was part of a typewriter up there. I thought it appropriate, but I wearied of it.

Typewriters were my weapon during 30 years in the newspaper business. I started in 1969 with a black-iron Remington, or maybe it was a Royal. Then there were IBM Selectrics and, later, computer keyboards came along.

The new photo is mine. I shot it a few months ago in the late afternoon as sun was setting downtown.

I was standing on the main plaza. Our mountaintop town is a nice place to live, and it’s a far spell from Houston.

But Houston likely has more Mexicans.