I was thinking; If Leftists don’t believe in biological gender then why do they march for women’s rights?

I was thinking; We should stop calling them all “Entitlements.” Welfare, Food Stamps, WIC, ad nausea, are not Entitlements. They are taxpayer-funded handouts and shouldn’t be called Entitlements at all. But Social Security and Veterans Benefits are Entitlements because the people receiving them are entitled to them. They were earned and paid for by the recipients. 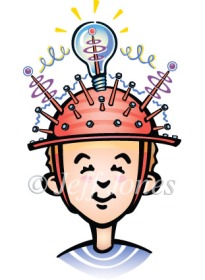 I was thinking; If you rob a bank in a Sanctuary City, is it illegal, or is it just an Undocumented Withdrawal?

I was thinking; After the London “Lone Wolf” terrorist attack, government officials arrested at least eight other “Lone Wolves” who had conspired with the original “Lone Wolf” in planning the “Lone Wolf” attack.

I was thinking; Why is each ISIS attack now a reaction to Trump policies, but all ISIS attacks during Obama’s term were due to Climate Change and a plea for jobs?

I was thinking; If Mohammedans want to run away from a Mohammedan country, does that mean they are Islamophobic?

I was thinking; If Democrats don’t want foreigners involved in our elections, why do they think it’s all right for illegals to vote?

I was thinking; How did the Russians get Debbie Wasserman Schultz and the DNC to steal the Primary from Bernie Sanders? How did Russia get Donna Brazile to leak debate questions to Hillary Clinton in advance of the debates?

I was thinking; Why is it that Democrats think Super Delegates are fine, but they have a problem with the Electoral College?

I was thinking; If Donald Trump deleted all of his emails, wiped his server with Bleachbit and destroyed all of his phones with a hammer, would the Mainstream Media suddenly lose all interest in the story and declare him innocent?

I was thinking; If Hillary’s speeches cost $250,000 an hour, how come no one shows up to her free speeches?

I was thinking; If you don’t want the FBI involved in elections, don’t nominate someone who’s being investigated by the FBI.

(Note: I did not write the above. I found it in the comment section of an online news website. It was left by someone who uses the moniker Brokemexifornia. But he says he did not write it either. Someone emailed it to him. So it’s anonymous.

(The only significant editing I did was to change Muslim to my preferred term, Mohammedan, and to change Liberal to Leftist. I use Mohammedan because it galls PC people, and I use Leftist instead of Liberal because it’s accurate.

(The sole bone I have to pick with the piece is the common claim that Social Security payments are simply the return of money paid into the account by the recipient during his working life. This is true for some people. Those who live a long time after retirement and/or retired early like me, often are getting handouts in their latter years, i.e. welfare.)

26 thoughts on “There’s much to ponder”