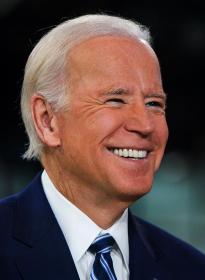 THERE’S LOTS of loco in American politics, primarily on the left-hand side.

For instance, the Democrat Party is chockablock with people who dis “old white men” as being the source of all problems.

And yet, who are the current front-runners for next year’s Democrat nomination for president? One assumes the polls are based on questions put to Democrat voters.

It’s even worse for Bernie Sanders, a year older than Joe. Ole Bern would turn 83, if he’s still breathing, in his hypothetical first presidential term. Sitting presidents who seek re-election win more often than lose, so both would be pushing 90 at the end of their second terms.

So these guys are certainly old — really old — and definitely white.

Don’t Democrats pay attention to what’s coming out of their mouths?

You just gotta chuckle at them. I sure do.

I have nothing against white men, old or young. Here’s who will get my support for president after Trump completes his second term. The one-eyed Dan Crenshaw. He’s got quite a political future ahead of him.

He likely should wait till 2028, however, because presidents who complete two full terms are almost always followed by a president of the opposing party.

Trump will be president for eight years, of course.

Alas, I probably will be either in the ground or hopelessly senile in 2028, but I wish Crenshaw well.

16 thoughts on “Oh, those Democrats!”