YES, BOYS & GIRLS, America’s leftist “convention” begins today with virtually no one in attendance due to the Kung Flu and lack of enthusiasm for their sad candidates.

To put a little hoopla into the situation, here is the delightful Katie Hopkins with her  entertaining take on this momentous week.

There is no more Left or Right. There are only Globalists and Nationalists.

THE FRENCH politician speaks the truth. And we have cracked into two halves, i.e. Western schizophrenia. It is not a global phenomenon because Latin America does not think this way, nor does Africa or Asia. Those places still embrace nationalism, i.e. patriotism.

In the United States, the Democrats are the Globalists, and the Republicans are the Nationalists. There are other distinguishing characteristics of the parties. Democrats get very angry. Republicans far less so, being the generally polite party.

Schizophrenia, of course, is a mental illness and, with some exceptions (most notably in Eastern Europe), the West is mentally ill. How else to explain American companies like Nike hawking hijabs to the people who brought down the Twin Towers in 2011? 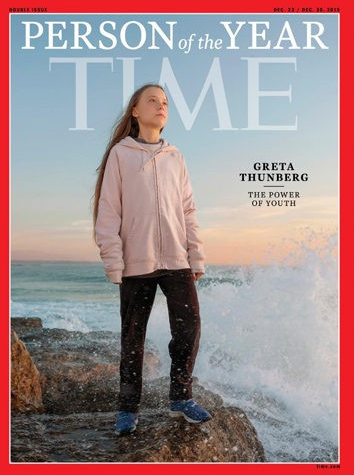 How else to explain Time magazine’s naming Greta Thunberg, an hysterical, clueless, parentally abused, mentally ill teenager, its Person of the Year?

As the saying goes, You can’t make this stuff up.

I MAY HAVE posted this last year. I’m not sure, and I’m too lazy to check.

No matter. It’s almost precisely a year more till the next presidential election, so it’s a good time to encourage you to vote Democrat and get that nasty Trump out of office.

This young blonde does a spectacular job of telling us why a Democrat vote is the only reasonable option. Down with Trump, the most appalling president in U.S. history!

So un-presidential, gruff and rude.

Vote Pocahontas or Bernie or Beto or whomever. Please!

FOR A DAY or two after the Supreme Court’s rewriting of the U.S. Constitution so gay folks can get married, I saw this photo in passing as I scanned news stories. I naively assumed it was Photoshopped.

When I learned that Barry had actually done this, my head exploded. To call this outrageous is a massive understatement.

Gay marriage is extremely controversial. A large chunk of the U.S. population opposes it far more than I do, and most of that opposition is felt by Christians who consider it a slap in the face of God.

For the millions of Americans who oppose gay marriage, you have received a raspberry from your president. He has stuck his finger in your eye on purpose. He is doing a victory jig around the White House, and he’s doing all these things intentionally. It’s the upraised middle finger.

I’ve said it before, but I’ll say it again: Barry, for more reasons than just this, is the worse occupant of the White House in history.