Praise of multiculturalism is a subset of the political-correctness phenomenon in which we’ve lived for the past few decades in the historically Caucasian zones of the globe. Scarcely anyone today dares to call it into question. Do so at your peril.

Any school, business, government or formal organization worth its salt now includes in its mission statement its firm devotion to diversity, which is another word for multiculturalism, though “diversity” tends to focus a bit more on race than culture alone.

I have, for many years, pointed out that history clearly shows that promoting multiculturalism almost invariably leads to mayhem and murder. Multiculturalism is a problem to be addressed, not something to be encouraged. At least, if you know what is good for you.

Promoting diversity goes hand in hand with ignorance of history.

I have found a partner in my yearslong dedication to criticizing the promotion of multiculturalism: the brilliant British historian Simon Webb, he of the glorious mustache.

In the video he runs through some textbook examples over the past century in which multiculturalism went tragically wrong. I offer this to you as an educational service. Pass it along.

That would be Kamala Harris, the vice president, a pol as corrupt as a Tammany Hall ward heeler. Just watch the first 20 seconds of the above video. The rest is interesting, but it’s the first 20 seconds that are appalling. And consider that this “woman of color” will soon be the “leader of the free world,” God help us.

I mention “woman of color” because it’s the sole reason she is where she is.

She was also criticized this week for climbing the stairs into her now-personal aircraft, Air Force Two, a Boeing 757, without saluting the honor guard, something all previous vice presidents have done, including Sleepy Joe.

Harris was so unpopular during the Democrat presidential debates that she washed out early on, and who can forget when Tulsi Gabbard ripped her a new one during that debate. You can watch that here. The ripping starts at the video’s 3:50 mark. See Kamala squirm.

One of the panelists on the show in the top video remarks that Harris is a “very unserious person.” Actually, she is serious, seriously bad, seriously dangerous.

Moving on now from that unserious person of color to another one, who is not only serious but one of the world’s most brilliant, Thomas Sowell, a political philosopher and economist with the Hoover Institution. The video is a montage of interview clips over recent years.

I share his pessimism about America and the Biden Administration or, as the White House recently instructed federal departments, the Biden-Harris Administration.

This is one of my favorite YouTube channels. It’s called History Debunked, and it’s run by a British author named Simon Webb. His videos usually run about five minutes. I believe this is just the second time I have posted one of his talks.

Go and subscribe. He is always entertaining and informative.

This one deals with the effects that “embracing diversity” has had on Scandinavian nations. It hasn’t been pretty. I am a staunch foe of encouraging multiculturalism because it usually leads to nasty things. It is a horrible fad embraced only by historically Caucasian cultures, specifically the clueless, violent, leftist element in those cultures.

You won’t find the fad in Ecuador, Vietnam, China, Saudi Arabia, Mexico, Nigeria, Russia, Japan, etc., because political correctness has no foothold in those places. These sorts of nations have a strong sense of themselves, which is what keeps a nation intact.

OUR NEW leftist president (known by his initials AMLO but whom I prefer to call El Presidente Moonbat) was inaugurated December 1st and quickly began to openly and malevolently encourage Central Americans to enter Mexico and head to the U.S. border with invasion on their minds. Not surprisingly, the illegals have flooded over from Guatemala.

Moonbat assisted them in various ways — transportation, food and Lord knows what else — until President Trump — the Blond Bomber whom America is so fortunate to have in the Oval Office — decided to take action with the tariff threat.

He sent troops to Mexico’s southern border to stem the tide. The government has also begun to check identification of long-distance bus passengers in the northern border zone in spite of indignant cries of “invasion of privacy.” Yeah, sure.

As Central American illegals continue to pile up on our end, we Mexicans grow increasingly unhappy with the situation. According to a new poll published in El Universal newspaper, 61 percent of Mexicans want stricter border controls down south to keep out the illegal aliens. The percentage is up from 49 percent last October. 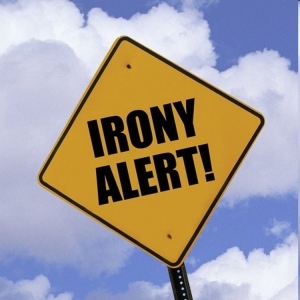 I’m sure you can see the irony here, ¿no? We can invade the United States and demand our “rights,” but when Central Americans invade us, well, we don’t like it one little bit. Get them out of here, damned illegals!

Unlike in the United States where illegals do menial jobs cheaply and vote for Democrats,* we Mexicans have no need for people to do menial jobs cheaply. We already have lots of paisanos for that, and you cannot vote here unless you have a voter ID** which is only available with proof of citizenship.

Yes, in many ways we are sharper than the Gringos.

But Mexicans made a big mistake in voting for Moonbat.

Update: Another poll, this time by El Financiero, indicates only 36 percent of Mexicans want Mexico to accept illegals being shipped back from the United States.

* How do you think Hillary won the popular vote?

** Full color, laminated and mugshot. I have one!