That could be the name of a British pub, The Knitted Lion. It isn’t, one imagines, but it could be. It would sound quite right and good.

My child bride is a high-energy woman, which balances our relationship very nicely since I am a low-energy man and always have been. I enjoy relaxing. She doesn’t know how. Hand her a cup of coffee, for instance, on a summer afternoon. Does she sip and talk? No, she chugs it like a Hells Angel with a Heineken.

Since the Kung Flu descended upon us, she’s temporarily retired her pastry business, the one in which she baked goodies and sold them on the downtown plaza out of a wicker basket on Saturday afternoons. Been almost a year now since that happened. Her income vanished, so we had to increase her monthly allowance to even things out.

But you can’t keep a hyperactive woman down for long. She found knitting, or maybe it’s crochet. I don’t know, don’t care. The last few months, she’s knitted sweaters for me and herself, but just recently she discovered these little animals.

She’s finished two so far, a bear and a lion. We see similar stuff being sold online for 500 or 600 pesos, for Pete’s sake. I wonder if anyone pays that? No matter. It keeps her busy, giving me ample time to do what I do best, which is pretty much nothing.

QUARANTINE FOR my child bride presents no problems. She knits. Hours and hours and hours of knitting sitting bolt upright. Women are strange.

Her days pass with knitting and calisthenics, the latter being quite time-consuming too. Her gym being closed has been hard for her. She has been going to the gym regularly for more than 30 years. These days, she tosses back a rug in the living room and finds gym classes on YouTube. She props up the Samsung tablet in front of her.

Then it’s bam, boom, bam, boom! On and on and on. Every freaking day.

After I shot the above photo this morning, I did a Hacienda walkabout, and came up with the photos below. I don’t knit or do calisthenics. Old boys gotta stay busy.

To date there has been just one Kung Flu case officially reported in my mountaintop town, and that person died. In the last two weeks, no further cases have been reported.

Amusingly, on an internet forum dedicated to Gringos in our area, the old coots, which is what most are, are chomping at the bit to get their “Economic Impact Payments” from Uncle Sam, in spite of virtually none of them having jobs or having suffering economically in the slightest due to the Kung Flu. They want their cash!

And that, mis amigos, is what’s wrong with America.

Mexicans don’t take the government very seriously when they can get away with it, so it’ll be interesting to watch. One agency said yesterday we may have eight times more Kung Flu cases than the official count which sits at 21,243 with 194 fatalities.

Speaking of survival items, I drove to the pharmacy yesterday to purchase a two-month supply of Sildenafil. I had run out. What’s the point of having a buff child bride if you cannot take advantage of that? I last touched on this topic in 2013.

I got up at dawn today, checked online for news and gossip, did my gym workout, and went downstairs for coffee, biscuit and honey. Then the two of us chilled out a spell on the soft, scarlet sofa with music and incense as is our custom. That usually ends at 9.

Checked online a bit more, put on grubby clothes and headed out for my morning walk on the neighborhood plaza. My child bride did not accompany me due to her being busy, knitting, of all things, a sweater. In April.

Second breakfast, cereal, occurred at 11, as usual. We took our vitamins. She returned to the knitting, and I braced myself emotionally for yard work, mostly picking up bougainvillea clippings from a couple of days ago, but I also deadheaded Birds of Paradise, the act of which is almost as grim as it sounds. They look like real birds.

Then I scrubbed the birdbath, refilled it with water, toted a huge bag of green garbage out to the Honda where it sits until after lunch when I’ll transport it and other trash to the dumpster on the ring road. Even in the Plague Year, garbage happens.

But before the trash run, we’ll down beans, rice and sausage from Costco. That’s lunch for today. Chopped onion and Tabasco sauce will also be in attendance.

Oh, I forgot to mention that after second breakfast, I sat in the upstairs terraza, and my child bride gave me a haircut. Since my current ‘do is a buzz cut, and I own a clipper set, this is easy work. I look quite clean and nice now.

Everyone desires a lovely corpse.

IT’S A MORNING like most mornings, and here’s how it goes.

I get up first and check the news online upstairs. My child bride stays in bed and knits. She doesn’t do this every morning, but mornings over the past couple of months, yes.

Around 8ish, I return downstairs to light the oven where croissants already lie in wait. Then I walk to the bedroom to open the curtains, which were half open all night. I look out the window. Of course, what I see is color, but here it’s just black & white. 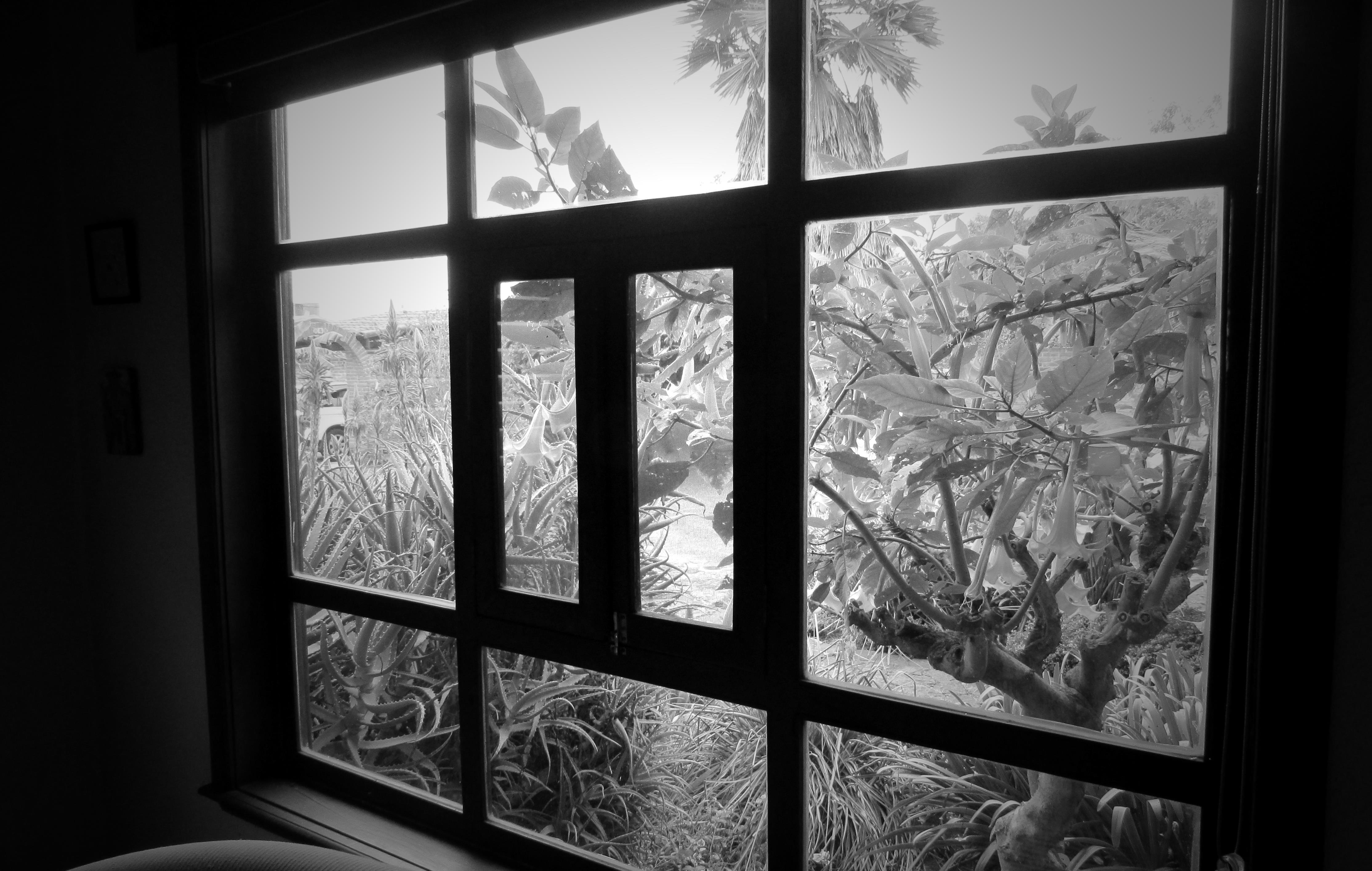 It’s cool, overcast and gray this morning, so black & white seems right. In the other direction, my child bride continues under the covers with her knitting. Or maybe it’s crocheting. I dunno. It all looks the same to me.

I leave the bedroom and head back toward the  kitchen, passing through the living room where I pause to gaze outside. Looking good.

At last, she puts the handiwork aside, lifts herself out of sack, walks to the kitchen where the timer just sounded that the croissants are nice and hot.

September’s off to a good start. Plus, it’s Sunday, a day of rest.

Note: A couple of hours later, the sun was out, and the sky was blue. Still cool, however.