By 1 p.m., I was showered and back into my pajamas because it’s going to be a quiet afternoon. All the busyness happened earlier, before 11, which is when we had Second Breakfast. I did some tidying in the yard, gave the garbageman up the street a couple of bags, did our exercise walk around the neighborhood plaza and so on.

I’m writing this just before lunch at 2, our usual lunch hour. While I’ve slipped into lazy mode, my child bride continues full blast as usual. Doing chores. There are no lazy days for her. She wouldn’t know what to do with one, not a problem I have.

We’ll be quite busy mañana because we’re heading down the mountainside to the nearby state capital to run errands that have stacked up for weeks due to the Plague Year. Plus, we’ll eat in a restaurant there, something we haven’t done in about two months, and we used to do every week.

I’ve been watching the Gringos go nuts above the Rio Bravo, and I’m so happy not to live with them anymore. The United States is demonstrating spectacularly why it’s a lousy idea to encourage multiculturalism and diversity. It just leads to violence.

America has been through hissy-fits before, of course, but I was surprised by the numbers of people taking to the streets, the sheer volume which seems much higher than similar uproars in the past. I think this demonstrates how successful the leftist educational system has been in convincing American youth that it lives in a horrible nation.

As for that rogue cop who killed the George Floyd, I think public hanging would be an appropriate punishment, perhaps preceded by some additional Medieval tortures. But let’s not overlook the scores of black citizens who are killed weekly across the nation not by cops but by other black dudes. Where’s the uproar, the trashing of Targets and police cars?

Our pozole will be accompanied by cheese cubes, avocado, diced onion and tortilla chips. It goes real good with Coca-Cola, but we have none, so it’s gonna be filtered water.

There are clouds in the distance. Perhaps it will rain. We’re about due for the start of the rainy season, which will cool things off quite a bit. Life is good. Here at least.

Mexico is mostly uni-cultural. It works best. We don’t have race wars.

I GET ADVISORIES via email about new offerings on Netflix. One arrived yesterday, a movie that debuts later this month. It’s called Dangerous Lies. I watched the trailer, which I still call the preview, and there it was again.

The percentage of new movies and television series these days that include interracial marriages is pretty close to 100 percent. If you’re making a movie or TV show, you’re obligated, it appears, to have a couple who do not look like one another.

There is nothing wrong with interracial marriage. I suppose I am in one because she is a tad darker than I am, plus she speaks another language, making us both interracial and cross cultural, so I have my bona fides. But Hollywood went off the deep end long ago, and it’s getting worse. It’s laughably absurd because it is not true to life.

In the real world, almost everyone marries someone of the same race. So when another movie or TV series shows up with yet another obligatory interracial romance, you just roll your eyes and think: How absolutely idiotic.

Hollywood’s intention, of course, is to convince us, by repetition, that it’s normal. It’s textbook PC indoctrination, pure and simple. But it’s far from normal.

And not just that. Every movie family also has its homosexual friends or neighbors, more often gay guys than lesbians because gay guys generally are more pleasant than lesbians. I speak from experience on that point (my sister). But the ubiquity of gay friends, both single and couples, again does not reflect reality.

Most people do not have gay friends because the gay percentage of the population is quite small. There simply are not enough of them to go around for all of us to have one or two. But in movies and TV shows, pretty much everyone has gays in their life.

But back to the interracial marriages. Their children invariably look like cute, little Barack Obamas. Light tans, very curly, big bushy hair, often with blue or green eyes and well spoken. The kids never jive talk. They are polite and lovable.

These families exist. Power to them. People have gay friends. Fine by me. But I do wish Hollywood would halt this endless, diversity propaganda.

Even so, the preview of Dangerous Lies was interesting. We’ll be watching the movie even though we’ll be rolling our eyeballs at the same time.

Come to think of it, Dangerous Lies pretty much sums it all up.

The title is a Freudian boo-boo. 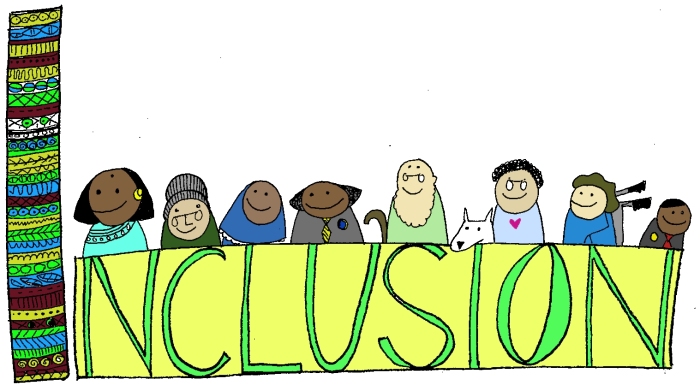 WE OCCASIONALLY rent our Downtown Casita to vacationers via AirBnB. I say “occasionally” but “almost never” is more accurate these days.

We purchased the place in 2010 with an inheritance I received after my mother died in 2009. We had no plans to rent it. It just seemed like a good idea at the time, an investment, and it has increased in value. Also in my mind was that my child bride might move there after my demise because the Hacienda is a handful for a single inhabitant.

Initially, we planned to overnight there on occasion for the fun of it — it’s walking distance from the main plaza — and we did for a while, and then we didn’t. We never do anymore. That’s when AirBnB came to mind. That mega-business was just gaining traction all over the world. We began to rent fairly often via AirBnB.

There were about 30 AirBnB properties in our city of about 80,000 residents when we started , and now there are over 180. That’s a whale of a lot of rentals in a relatively small tourist town, and it’s affected our business a lot. We don’t get many bites anymore.

AirBnB is based in San Francisco, California. It was launched in 2008, and the current name debuted in 2009, so you see we signed on fairly early.

Being a San Francisco company, AirBnB is firmly committed to every silly detail of politically correct nonsense, and just recently they debuted a new policy: When someone requests a reservation, AirBnB hides the profile photo from the property owner.

That’s right. Even though customers fill out a profile that includes a photo, AirBnB won’t let hosts see it until the reservation is approved. This is to avoid “discrimination” on the part of property owners. You might not want to rent to a Mexican, a gay couple, or two young women with purple bangs, nose rings and an attitude.

And they’re right about that, but if you’re a property owner, you should have the right to cull. That’s my opinion. We do cull by age, but that’s legal in Mexico. It’s not old people we don’t want. It’s young people. We embrace old people.

The way I see it is, “A picture is worth a thousand words.” You can tell a lot about looking at someone’s photo. It’s very helpful in deciding yea or nay, and I’m rather picky. We’ve had 18 rentals, ranging from two weeks (our minimum) to three months (our max) and every one has given us five stars in all categories. I’ve returned the favor.

AirBnB has a written policy, and it reads like a SJW Manifesto. Diversity, inclusion, multiculturalism, respect. All that leftist hullabaloo. And now you cannot even see what potential guests look like, a very bad idea. This so-called fairness move is 100 percent in favor of guests and 100 percent against property owners.

I’ll likely be looking into other rental options, ones that favor the property owners over the tenants, ones that stick to capitalism, not Social Justice.

But we’ll stay put on AirBnB, at least till they boot me for being a Trump fan.

STRAIGHT FROM the proverbial horse’s mouth comes the truth about Islam.

Why do so many people who vote Democrat in the United States resist criticism of this demonic religion? And why do those same people vilify Israel, the only nation in the Mideast where women walk free … and armed.

Ayaan Hirsi Ali believes Mohammedanism can be reformed. I think she is mistaken. First, it must be contained, then suppressed. This will not be easy.

It will be difficult in part because so many Western nations are now doing precisely the opposite, embracing the enemy. Really dumb.