WE ARE IN The Age of Dust. It lasts, more or less, two months, April and May. There is also the Age of Rain, the Age of Freeze and the Age of Loveliness.

That last one runs from November until late December. It is the Age of Loveliness because it has stopped raining; it is not freezing, and there is no dust to speak of.

It is neither hot nor cold. Our world is green, and the sky is blue. It is like that little bear’s porridge, just right.

The Age of Dust rivals the Age of Freeze as the worst of the year, but even those two Ages are pretty swell because this mountaintop is a wonderful place to live.

April also brings our wedding anniversary, 14 years now. Of my three marriages, this has been the longest even though I lived with my second wife for 19 years.

We were married just the final 10.

My Mexican child bride and I had known each other just under six months when we wed in the interior courtyard of her sister’s home on the main plaza.

We did not know each other very well, in large part due to the language barrier. My Spanish was still marginal, and her English was nonexistent.

But we took quite a shine to one another, and 14 years later it’s turned out just fine. I’d do it all over again.

Here’s a photo from the evening in question:

It was a low-budget affair. We didn’t even hire a photographer. A friend took pictures that were mostly useless.  A professional wouldn’t have that mystery hand in the photo.

There were about 30 guests. There was dancing, pozole and music, part of which was provided by this fellow:

We were married in the Age of Dust, and one day we will be dust, the both of us, likely me first, of course.

But it’s been a spectacular time. If you marry often enough, eventually you get it right. Dust doesn’t matter. 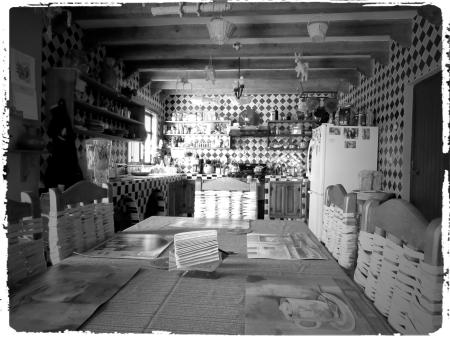 SEE THAT CHAIR down there, just opposite? That’s my chair, and it’s where I sit when I eat a morning bagel or an afternoon pozole. The King’s Chair, and I’m the King.

The Queen sits to my right. The Princess and her Prince by marriage live in Georgia and have yet to visit the castle.

Nobody sits at this table for the evening meal, which at the Hacienda is always a green salad with diced chicken on top. I make that, and we go upstairs and watch something on Mexican Netflix, a great service.

We have side-by-side recliners separated by a tiny table.

But this is a view I rarely see, which is why I photographed it. What I always see is what’s behind the photographer’s back. That would be me at this moment.

There’s a big window to the left, and another behind, both of which provide great outdoor views.

But it’s uplifting to view life from a different perspective now and then. I think so, and I want to stay uplifted.

BILL MAHER, a left-wing goombah who’s sometimes smart, said last week that the Trump phenomenon is a backlash against the absurdities of political correctness.

Precisely. That and some other things too.

The backlash is also happening in Europe, and that puts a smile on my face. I want to invite all these bright, young people to the Hacienda for a pozole party. BYOB.

Leftists don’t really want multiculturalism and diversity. They want a global uni-culture where everybody thinks alike.

Just like them, of course. Their perfect world can be seen on university campuses where contrary opinions are shouted down and monkey trials are the rage, literally.

One wonders when they’ll take up goose-stepping.

I PUT ON my best white shirt, my only white shirt, which came with me from Houston years ago, an Eddie Bauer, and I hoped no one would notice the small iron-on patch low and inside the left sleeve.

There were blue jeans down below and a tweed sport coat, also from my previous Texas life, in an attempt to be “dressed up.” It was the best I could do, or perhaps was willing to do.

I even donned my Dockers loafers instead of my usual Jeep boots. I was looking good, and I was going to a graduation.

The graduate was my favorite nephew whom I used to call the Little Vaquero due to a cowboy hat he wore briefly, his deceased daddy’s idea more than the boy’s. Daddy’s gone now, entombed below the Basilica floor where nobody can see the bullet hole — R.I.P. and good riddance.

I was the boy’s Godfather for this event. He was graduating from Grammar School, and will be entering Junior High toward the end of summer. About the only responsibility I had was to show up (no problem) and to bring a gift, and I brought two, one being his favorite, cash.

Godfather and Godmother are titles tossed about willy-nilly in Mexico. Usually, it’s an “honor” bestowed so money can be extracted from you. See above, cash. This particular gig is a one-day deal. Other Godfather roles are lifelong. I’ve been invited to that show too, more than once, but I have a permanent escape. I’m not Catholic, which is a deal-breaker.

The event was held at a theater downtown, and later the party, such as it was — just us, the kid, mama and a girlfriend of hers, a local dentist — took place here at the Hacienda. We had bowls of green pozole, which is my preferred method of celebrating most anything.

It’s amazing that the boy will be 13 in eight more months. I remember when he was brought home, a big-eared but beautiful baby. Here’s a photo I took not much later of the little bugger. Time passes, and I am passing through it.

As we all are.