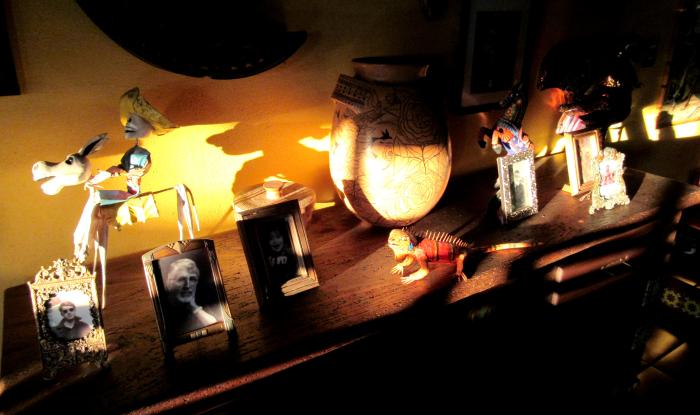 DEPENDING ON the season, sometimes I begin the day in the dark and sometimes not. I prefer starting with light. For instance, this is the scene that faced me this morning as I walked from the bedroom through the living room headed to the kitchen.

The hour will change, alas, next weekend, and I will be plunged back into darkness when I hop from the king bed about 7 or so. This is not good, but there’s nothing to be done about. It is ongoing foolishness that I do not control.

Here at the Hacienda, we’ll be initiating changes for the upcoming month due to the Kung Flu.  We will eat in restaurants less. We will still drive once a week to the nearby state capital but earlier, getting to Costco and Chedraui just after they open.

There will be fewer pesky people.

There is also the matter of my afternoon visits to the big downtown plaza where I sit at a coffee shop table, admiring the passing babes and reading my Kindle. It gets me out of the house. One element of that routine that has bugged me is being served café in questionable ceramic cups by the hodgepodge of employees.

Solution: Take my own coffee in a thermos. And tote my cup from home.

Of course, this would be discouraged in any other coffee shop, but this is a family establishment, so I can implement my plan easily.

The first was Upstairs at the White House: My Life with the First Ladies by J.B. West, who was a head usher. Don’t be fooled by the movie-theater job title. It’s akin to being a hotel manager. The second, which I’m still reading, is The Residence: Inside the Private World of the White House by Kate Brower.

I was surprised to read that it was not Hillary Clinton who was the biggest First Lady harridan in White House memory. It was Nancy Reagan. I wager that Hillary came in a close second.

Jackie Kennedy, Betty Ford and Barbara Bush were good guys, especially Barbara Bush. Did you know Jackie was just 34 when Kennedy was killed?

This afternoon I’ll be at the coffee house. Come join me. I have java to share, but you’ll need your own cup. And sit over there at the next table, please. 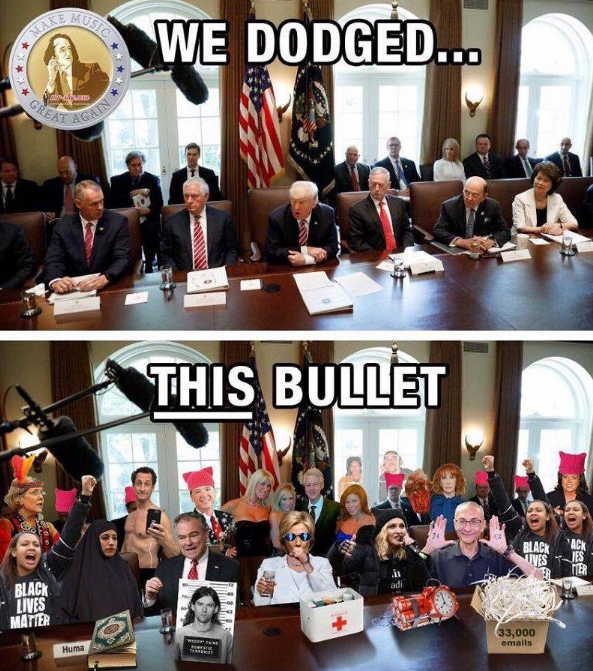 A FRIEND SENT this, and I am sharing it with you. It is fun. And accurate.

The midterm elections above the Rio Bravo occur in less than two weeks. How will they turn out? It seems that a significant portion of the citizenry sides with the party in the bottom of the illustration, a fact that makes one’s eyes roll.

The whole lot of them should be sporting propeller beanies. And did you notice Michelle and Barry peeking in from the windows? A nice touch.

But let us pray that sufficient common sense will bubble to the surface, and the party in the top of the illustration will not only stay in the catbird seat but will increase its representation around the nation.

What stands out in the top illustration? It’s the prevalence of old white men. Let us pray that they continue to carry the day. They are your best bet.

For those who want to receive accurate reports on the ever-increasing successes of the Trump Administration, something you will never get from most of the American media, go to the White House website. Sign up for the occasional newsletter and other reports.

Yes, do what I do. Always a good idea.

ABC NEWS and The Washington Post, two paragons of unbiased journalism, recently put their heads together to do a poll. Not shockingly in the slightest, they found that most Americans think Trump is doing a lousy job.

The pollsters they hired, one imagines, especially me, are the same ones who predicted a Hillary landslide last November. Ooops-a-daisy!

One aspect of the Trump presidency that I have been following with smiles is his campaign against regulations. These are virtual laws put forth by people in government who’ve not been elected to anything whatsoever.

But they excel at regulations, and the United States currently staggers under regulations. One of Trump’s campaign promises was that two regulations would be canceled for every new regulation dreamed up.

Nothing is so permanent as a temporary government program. — Milton Friedman

Trump has far exceeded the two-one rule. Last I read, it was about seven-one. Yes, seven regulations killed for each new one created. Regulations, if you’re not aware, have a very oppressive effect on the economy and society.

But bureaucrats love to create regulations. It justifies their jobs and makes them feel good about themselves. Trump’s war on regulations is one of the many fine aspects of his presidency so far. Here are more details.

Leftists will not see this as positive because they love a heavily regulated society, which is antithetical to liberty.

I propose a new regulation (at least two others will have to be destroyed). It will require everyone who votes for the Democrat Party to be rafted to Cuba. They will find many regulations there, and they will live happily ever after.